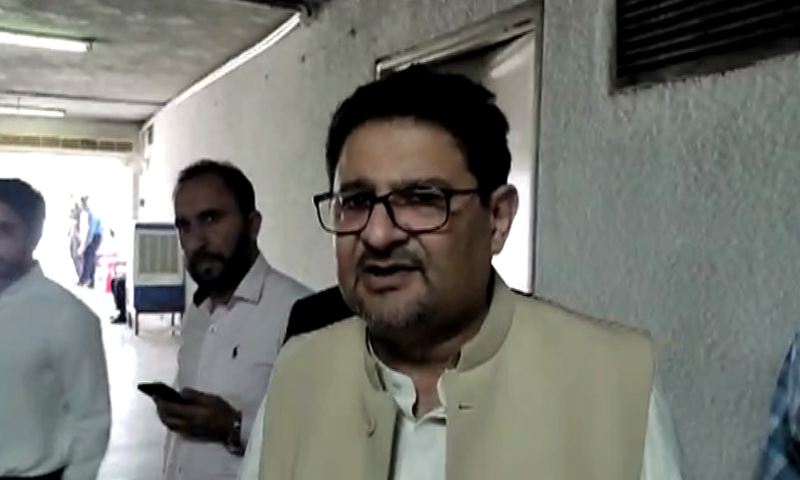 • Says revival of EFF programme likely in ‘a day or two’
• Vows to protect those with up to Rs1.2m annual earnings from income tax

ISLAMABAD: Finance Minister Miftah Ismail on Monday sounded confident about reaching an agreement with the International Monetary Fund (IMF) in a day or so for the revival of the Extended Fund Facility (EFF) and vowed to provide income tax relief to those with up to Rs1.2 million annual earnings.

Speaking to reporters after a meeting of the Senate standing committee on finance, the minister said he hoped to reach an agreement in a day or so with IMF staff on the revival of its programme that had been suspended after the previous government reneged on its commitments.

He also agreed to the suggestion that the government should not tax owners of open plots for ‘deemed’ rental income until they were given complete possession of the plots after development by the housing societies.

Asked about IMF objections to an increase in salaries, the minister said the Fund had nothing to do with salaries as long as there was money in the national kitty.

Responding to another question, he said exemption in personal income tax up to Rs1.2 million annual income would be protected though something would have to be done with the overall Rs47bn reduction in incomes tax collection, suggesting that those on the higher income slabs would have to bear the additional hit.

When asked if the budget would tax people or provide relief to them, the minister said it would depend on the categories of people. “Tax would be imposed on wealthy people and relief would be provided to the poor,” he remarked.

Inside the committee proceedings, senators expressed reservations that the government had proposed tax on open plots in the budget without realizing that in many cases plots remained vacant or their owners were not given the possession in the name of ongoing development of housing societies. Therefore, such plot owners faced a double whammy in the shape of stuck up funds and at the same time tax on ‘deemed rental’ on market value.

The minister agreed to change the tax proposal and not to impose tax until the plots were developed and suggested to bring in some time frame before the application of tax. He said the objective was not to collect money but to turn real estate into productive investment and encourage development.

Mr Miftah believed tax system had resulted in artificial price hike in the real estate, making housing facilities out of the reach of the middle classes. The money generated from this dead investment is a major source of inflation and social disharmony. “We don’t want to discourage the real estate sector but we want to steer this sector in a direction where it can become the engine of growth for cities. Our proposals aim at encouraging construction, and vertical growth, and discouraging speculative investment in open plots,” he said.

Former finance minister Shaukat Tarin, who also attended the standing committee meeting, insisted that the condition of computerized national identity cards for sales tax collection should not be reversed, as it was a big step towards documentation. He said sales tax on pharmaceutical companies was also introduced for documentation, because many such companies were making profits without paying taxes. He said the FBR had introduced automated tax refunds system but if their refunds had been stuck up, there must be some documentation problem.

Minister Ismail said duties on gold import were being reduced to discourage its smuggling into Pakistan, as only 15kg was legal import.

Senator Saleem Mandviwalla, who presided over the meeting, said the committee would submit its proposals on budget on Tuesday.

Mr Mandviwalla, former finance minister, said after a long time that no indirect tax had been imposed in budget as focus had been on direct taxes, indicating that it was not inflationary. Likewise, he claimed, monthly earning up to Rs100,000 had been exempted from income tax, which was a big relief.